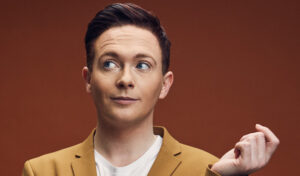 Comedian, presenter, actor and writer, Stephen Bailey is a proud northern, working class, gay man.
The multi-award nominated star’s indecorous brand of gossipy humour has singled him out as one of the UK’s most sought-after talents for comedy and entertainment formats.
Stephen’s credits include co-host on Date or Drop (BBC One) alongside Amanda Holden, Live at the Apollo (BBC Two), Would I Lie To You & Richard Osman’s House of Games (BBC One), Between The Covers & Strictly: It Takes Two (BBC Two), Pointless Celebrities (BBC One), The Stand Up Sketch Show (ITV2), Roast Battle (Comedy Central), Celebrity Mastermind (BBC One), The Apprentice: You’re Fired (BBC Two), Love Island: Aftersun (ITV2) and CelebAbility (ITV2).
After performing on Live at the Comedy Store (Comedy Central), he was commissioned to record his own 30 minute comedy special which aired on the channel in 2019. Over lockdown Stephen wrote and starred in his own mini-series Comedians in Quarantine: House Olympics for Comedy Central and created a true-crime podcast with his lawyer boyfriend called Order in the Bedroom (iTunes). As well as being a prominent talent on the UK comedy circuit, he has also supported the biggest names in stand-up, including Katherine Ryan, Jenny Eclair, Jason Manford, John Bishop and Sarah Millican.
Stephen’s quick wit, playful sarcasm and enigmatic charm captivates instantly.
‘A rising star’ (The Sun}
‘Bailey has a natural chemistry with his audience’ (Broadway Baby)
‘A natural talent for making audiences laugh’ (Metro) 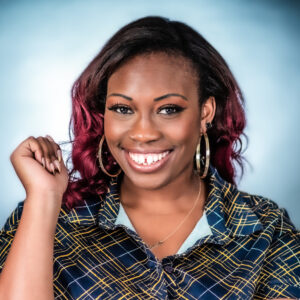 >
Sikisa is a comedian, writer and producer from South London who has never forgotten her Barbadian roots.
Sikisa has been named one to watch with her authentic, fearless and vivacious personality and on-stage presence since winning the public’s vote in the 2017 BBC New Comedy Award competition, in which she was a finalist. She has quickly made a name for herself on the comedy circuit with her unique style and has become a regular performer and MC at some of the UK’s favourite comedy nights. She is also a two-time Leicester Festival Aware nominee for Best Newcomer 2020 and Best appearance 2021 with her work in progress shows.
‘Sikisa owns the room. Her club-honed act comes with swagger and raunch.’
‘She has an assured delivery for her well constructed gags.’ (Theartsdesk) 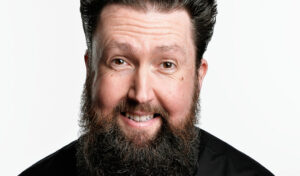 >
Andy Storey’s comedy is often described as effortlessly natural and determinedly low-key. He was a finalist in the BBC New Comedy Awards, has appeared on Steve Wright in the Afternoon (Radio 2), The One Show (BBC1) and Britain’s Got Talent (ITV).
‘Very original.’ (David Walliams)
“Storey says the type of things on stage that comics wish they had thought of first.” (Tim Clark – Writer for Jonathan Ross and Phill Jupitus)
“Sharp and funny…a wistful Alan Bennett quality.” (The Herald)
‘Slick relaxed delivery that packed the gags in…keeping the audience laughing.” (Steve Bennett – Chortle)

>Online booking now open. Tickets will not be posted as your name will be added to the door.