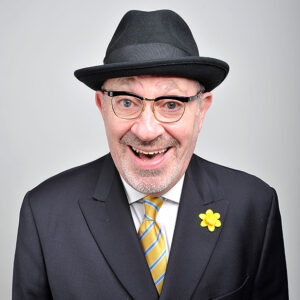 After 25 years of semi-retirement, playing nursing homes, Sol Bernstein is back where he belongs, in dodgy golf clubs performing to drunks!

He’s the man who helped the career’s of Elvis Presley. Marcel Marceau (never even got a “thank you”) and even the Beatles were influenced. He’s worked with, and been friends with, some of the worlds GREATEST performers; Judy Garland, The Rat Pack, Lenny Bruce, Jack Benny, George Burns, Milton Berle, Doris Day, Tommy Cooper, Eric Morecambe and Eddie Large.

He’s performed all over the world at venues including The London Palladium, New York’s Carnegie Hall, The Paris Olympia, Caesars Palace Las Vegas, and Scunthorpe Baths, but it’s at golf clubs where Sol really comes to life.

Joining him will be Julian Deane. Julian is a talented stand-up comedian and has been wowing audiences across the country with his genius punch lines and perfect delivery.
Julian has performed on The Russell Howard Hour (SKY) and supported Paul Chowdhry on his mammoth nationwide tour Live Innit, which included a sold out Wembley arena date.
His witty writing skills have also been put to use on Unspun with Matt Forde (Dave), Mock the Week (BBC 2), Never Mind the Buzzcocks (BBC2) and Morgan Spurlock’s New Britannia (SKY Atlantic).

Award winning Jake Lambert will also be joining the line up. Here he is in action: