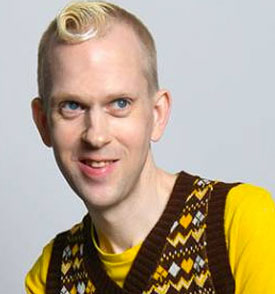 Robert worked his way up the stand-up scene, starting in 2004, and found early success as a 2006 finalist in the prestigious Hackney Empire competition. He has gone from strength to strength and in 2010 won the Malcolm Hardee main award at the Edinburgh Festival.
He is now a sought after act who regularly performs in big clubs, little clubs, those in-between, theatres and festivals around the UK and abroad, after gaining second place in Britain’s Got Talent 2018. He divides his time between comedy gigs, tours and whatever else comes up, writing songs & musicals and talking to people about autism.

‘ Souped-up risqué keyboard-based songs, waspish asides and neurotically charged camperie from a hyperactive man-child who is among the most original of this year’s Fringe. …. Superb’ Telegraph
“Surprisingly original, and funny…. exactly the sort of act who should win Britain’s Got Talent.” – The Daily Mail 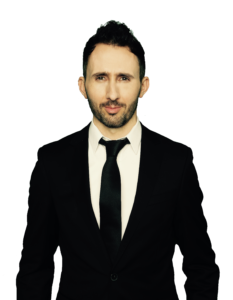 >
Nathan is a multi-award winning comedian, writer, podcaster and actor.
His 2020 show ‘Observational’ was nominated for Best Show at the 2020 Leicester Comedy Festival.
He is a five time nominee and winner of Best Show at the Buxton Fringe, a Malcolm Hardee Award nominee at the Edinburgh Fringe and Winner of The Sir Michael Caine Award for new writing in theatre.
A comedian, compere and TV warm-up, he has gigged for most of the major clubs in the UK along with European shows. He is a regular host of multi Time Out Critics Choice The Rat Pack stand-up comedy in London and Edinburgh and was warm-up for The Clare Balding Show. Recent corporate work includes many hosting gigs for the Experience Collective in 2020.
25.08.20 – ★★★★ The Times ‘The best show at this year’s Fringe… A classic, structured rollercoaster Fringe hour… star in waiting… he is untouchable.’
Bruce Dessau
​29.08.20 The Scotsman ‘An extraordinary story richly accessorised with laughter. The best live comedy I have seen this August.’
Kate Copstick
11.05.22 – Fringe Review for Observational ‘Well-crafted, very original and very funny… one of the most original show endings I have seen. Clever, articulate… sometime scathing and cynical, but also touching and hopeful. Highly recommended.’ 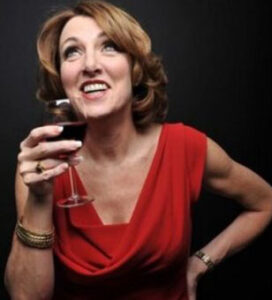 A Birmingham born woman with strong Aussie accent, this former pub landlady turned comedian, soon outgrew her small Kent village pub to perform her unique comedy set in comedy clubs and theatres all over the UK and Europe. Pam is a regular at the Edinburgh fringe festival, with her one woman shows typically telling her honest and hilarious accounts of events in her life.

‘An enjoyably wayward set that brings to mind a drunken gossip with an over-the-top friend. A guilty-pleasure encounter that’s a fun burst of wild energy’ (Steve Bennett, Chortle)