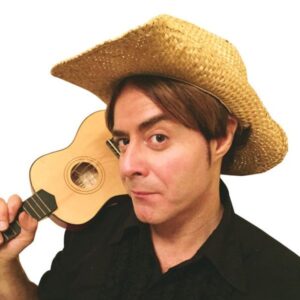 Christian is a global comedy circuit headliner and has appeared at numerous international comedy festivals, on BBC radio and TV, and in four series of the Chortle Award-winning stand-up and sketch show ‘Richard Herring: As It Occurs To Me’.
“An amazingly high-quality show” ★★★★ BROADWAY BABY “Seriously catchy tunes…hysterical material” ★★★★ THREE WEEKS “Like watching Jack Dee and Bill Bailey simultaneously… I don’t think I’ve ever come so close to hyperventilating with laughter” ★★★★★ THE STUDENT 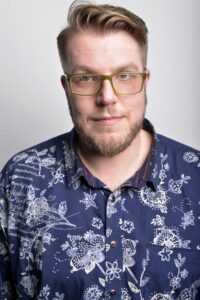 Jon began standup comedy in 2010, with his first performance at Birmingham’s Highlight Comedy Club. Two successful Edinburgh shows later, and five years working the UK comedy circuit, Jon is now regularly found at the biggest and best comedy clubs across the UK including The Glee Club and The Comedy Store, both as an act and a compere. Jon’s laid back storytelling has audiences hanging on his every word. He has recently been awarded the Best Improv/Music Show at the 2022 Leicester Comedy Festival.
“Very tall and hugely funny” – Lucy Porter
“Brilliant” – Shropshire Star 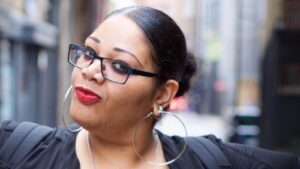 Arielle was a Leicester Mercury Award Nominee in 2021, the winner of the Frog and Bucket World Series 2016 and finalist for New Act of The Year in 2017.
‘A whirlwind of attitude.. she exploits to the full her physicality, her no-nonsense African sass and her French accent that gives every word a little twist to say things as she sees them.. she is a force to be reckoned with.’ Steve Bennett, Chortle