Since appearing in the guise of his redneck alter-ego Otis Lee Crenshaw in 1998, award-winning Rich has won critical acclaim across the Globe by performing to sell-out audiences each year at the Edinburgh Fringe, throughout sell-out UK tours and at comedy festivals worldwide. His grouchy, deadpan style has established him as a master of absurdist irony and the king of rapid-fire wit.

Rich has also become well known for his television and radio work. Notable UK appearances include regular appearances on ‘Stand Up For The Week’, ‘QI’, ‘Live At The Apollo’, ‘Channel 4’s Comedy Gala Live At The O2’, ‘Have I Got News For You’, I could go on….

JULIAN DEANE has been wowing audiences across the country with his genius punch lines and perfect delivery. Julian was recently seen performing on Russell Howard’s Hour and supporting Paul Chowdhry on the mammoth nationwide tour Live Innit.
His witty writing skills have also been put to use on Matt Forde’s Unspun (Dave Channel), which he wrote on in 2016.

DAISY EARL is one of the fastest rising stars in Scottish comedy today and is attracting plaudits and accolades at an alarming rate.
Having won ‘Best New Comedian’ at the Scottish Variety Awards 2015, she was then crowned ‘Scottish Comedian of The Year’ in the same year, making her the first ever female winner. 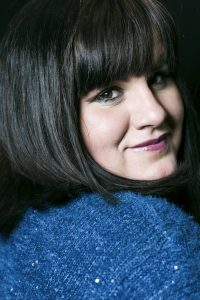 RUSSELL HICKS. If you haven’t seen Russ host a Bunker show, you really need to.