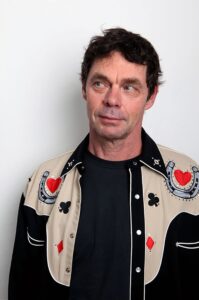 Rich Hall’s critically acclaimed grouchy, deadpan style has established him as a master of absurdist irony and the king of rapid-fire wit. The award-winning Montana native is renowned for his expertly crafted tirades and quick-fire banter with audiences. This is a comedian whose plain spoken growling indignation and acerbic observations have an unerring talent for hitting his targets. In 1998 Rich Hall created the character Otis Lee Crenshaw, a redneck jailbird from Tennessee, who has been married seven times, all to women named Brenda. A singer-songwriter, Otis writes bourbon-soaked, Tom Waitsian tunes and blends this with audience banter, producing a perfect fusion of music and comedy.

/>
Alasdair Beckett-King was a finalist in So You Think You’re Funny in 2013 and in the New Acts of the Year Show in 2014. He won the 2017 Leicester Mercury Comedian of the Year. He has appeared on Mock The Week.
‘A singular and truly distinct act, Alasdair Beckett-King creates his own multi-faceted world’ **** The Scotsman
‘Clever and quirky without ever being inaccessible’ Bruce Dessau
‘Delicious writing and exceptional observations’ Chortle 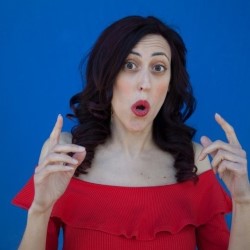 Nicole Harris specialises in a unique blend of improvisation and written material. In 2016 she was the first woman to win Jewish Comedian of the Year and has since gone on to be a finalist in the New Act of The Year in 2019, performing at the Hackney Empire. In the same year Nicole was selected to host the prestigious AAA Stand Up Late Show at the Gilded Balloon for the Edinburgh Fringe.
‘Taking laughter to the next level’ (Jewish Chronicle)
‘Works a room like no other’ (Fulham Comedy Club)
‘Can’t explain the amazing energy Nicole creates in a room…needs to be seen (Chuckl Comedy)