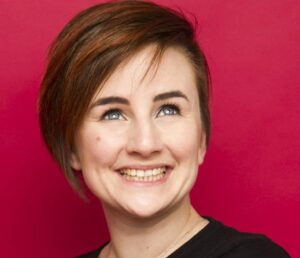 Laura Lexx is an award-winning comedian and writer.
Her credits include Live At The Apollo, BBC At The Edinburgh Festivals, The Comedy Club (BBC Radio 4 Extra) and The Jason Manford Show (Absolute Radio). Following a critically-acclaimed run of her show Trying, Laura won Best Performer in the Comedian’s Choice Awards and was in the top 10 of Dave’s Funniest Joke of the Fringe at the 2018 Edinburgh Fringe. She also reached the finals of the Amused Moose Comedy Award in 2016 & 2018. Laura has gigged at comedy clubs and festivals all over the UK and in Europe as well as providing tour support for Jason Manford, Tim Vine and Russell Kane.
‘Lexx has an incredible knack of talking about weighty themes like the end of the world, Brexit and transphobia in an engaging and funny way. An enthusiastic, demonstrative performer who rarely stands still.’ (The Wee Review)
‘Fabulously hilarious and poignantly touching….Lexx has an easy, likeable, charming manner …..she is a charismatic and entertaining performer’ (The Reviews Hub) 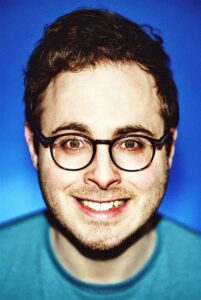 Gareth Richards’ hilarious stand-up, silly jokes and gorgeously low-key comedy songs have made him an instant favourite on the comedy circuit. In 2010 he was nominated for Foster’s Edinburgh Comedy Award Best Newcomer.
Gareth has appeared on Russell Howard’s Good News, Live at the Electric (BBC3) and has performed live on Radio 1. Gareth co-hosted Frank Skinner’s Sony award-winning Absolute Radio show for two years and supported Frank on his 2014 tour.
‘A delightful hour of comedy’ (The Guardian)
‘Clever craftsman with a big future’ (Bruce Dessau, The Evening Standard)
‘An effortlessly assured act… exceptionally inspired and truly memorable’ (Steve Bennett, Chortle) 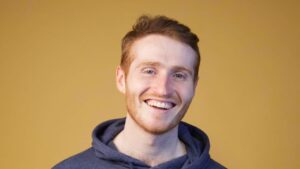 Ali Woods was nominated for 2018’s BBC New Comedy Award, having been placed in the Leicester Square New Comedian of the Year.
Throughout the Edinburgh Fringe in 2018 Ali performed at the Gilded Balloon in AAA StandUp Late. He also performs at The Comedy Store.
Ali has over 50K Instagram followers, due to his hilarious short videos in which he plays all the characters.
‘A safe pair of hands with a welcoming style wins over the crowd’ (Chortle)
‘He has a really lovely mix of blokieness and sensitivity, that gives him a great perspective on the absurdity of modern ‘lad’ culture without having to go full soft lad. Side splitting comedy but with a heart’ (Angel Comedy)

This is a fantastic triple bill, not to be missed.

Below is a taster from one of Laura’s previous shows.