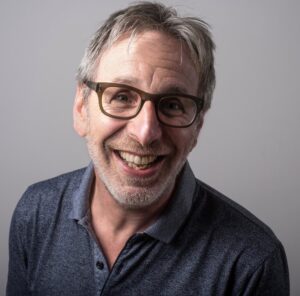 Ranked amongst the top ten stand-ups in Britain by The Independent, Ian Stone is one of the most talented topical acts and comperes in the country. Edgy and provocative, with an easy-going manner and self-depreciating style, Ian is at great ease bantering with an audience. He’s also a member of the Comedy Store’s critically acclaimed ‘Cutting Edge’ team. Ian’s many TV appearances include two shows of Mock The Week, The World Stands Up, The Comedy Store, Never Mind The Buzzcocks, The Stand-Up Show, Saturday Live, Live at Jongleurs, two series of The Katy Brand Show for ITV2 & The 11 O’clock Show.