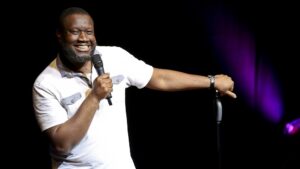 Funmbi Omotayo is a force of nature, a natural comedian who oozes charisma that makes him a hugely likeable act with audiences. He is a circuit headliner who boasts a host of awards including Best Newcomer At The Black Comedy Awards, Winner of Amused Moose, and Leicester Square Theatre Comedian Of The Year. Funmbi’s talents have seen him perform across the globe including Canada, Holland & Germany. Funmbi has provided tour support for John Bishop & Hal Cruttenden, has appeared on ITV, BBC, Comedy Central & Channel 4 plus the Edinburgh Festival.
‘A charming comic, with the jokes to back up his charm.’ TIME OUT
‘Plenty of original insights and honest home-truths to enjoy.’ CHORTLE

Paul Thorne is a member of The Comedy Store’s long-running topical material show, The Cutting Edge. His provocative topical jokes and spontaneous wit have earned him a reputation as a quality live performer. A truly global comedian, he has performed in Dubai, Hong Kong, Thailand, Singapore, China, Japan and many places in between. In recent years, he has performed his solo shows at comedy festivals in Canada, Australia and Edinburgh. His TV appearances include The World Stands Up (Paramount Comedy), The Stand Up Show (BBC One), The Comedy Store (Comedy Central) and Comedy Bigmouths (Channel 5).
‘A must-see comedian.’ THE GUARDIAN
‘Makes working an audience look effortless.’ THE STAGE 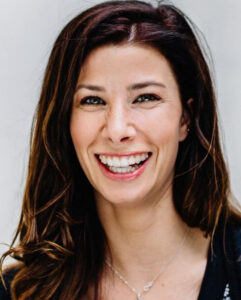 />
Fiona Ridgewell is a regular at London’s Comedy Store. She has a skewed view of life; maybe she’s watched one too many Disney films and it has affected her grip on reality.
‘Fiona has funny bones and an easy warmth on stage. She has actual gags…. she knows about delivering the funny stuff …. life experience made recognisably hilarious.” (Julia Chamberlain)