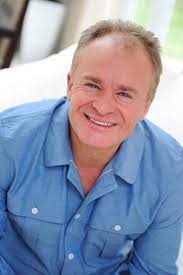 If you’re of an age where you can remember the limitations of just 3 TV Channels, then you’ll know exactly who BOBBY DAVRO is. If not, get ready for an eye opener.

People wonder what he’s like these days and I’m sure anyone who saw him at the Bunker last year will simply say; ‘what an entertainer, you can see why he was at he top of his game’. The night promises gags, music, stupid dancing and audience participation.

JOSPEH EMSLIE has been a regular performer on the London circuit and is “definitely a name to keep tabs on.” (Bruce Dessau). “Radiating comic innocence and making great play on his schoolboy looks” (Chortle) His anecdotal and self-deprecating style of comedy secured him a place in the final of the Amused Moose Comedy’s National New Comic Final Award in 2017, the semi-final of the So You Think You’re Funny 2017 competition, The Laughing Horse New Act Of The Year Final in 2018 and he secured the runner up Union Jack Radio award at the Leicester Mercury Comedian of the Year 2021.