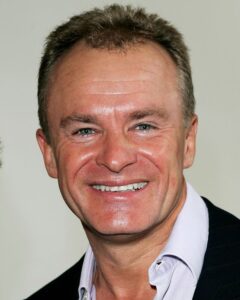 Bobby Davro is a regular and firm favourite at the Comedy Bunker, who is recognised as one of the UK’s most versatile and experienced celebrity comedians. His first TV appearance was in 1981, but it wasn’t until 1983 when he appeared on Live at Her Majesty’s that his career picked up pace. Following that success, he gained his own Saturday night TV show ‘Bobby Davro on The Box’, which was followed by ‘Bobby’s Sketch Pad’, making him a household name, and in 1997, Bobby became host of the TV programme, ‘ Winner Takes All’. In recent years, Bobby has made a big impact on the reality TV circuit with stints on Celebrity Big Brother, Come Dine with Me, Dancing on Ice and Your Face Sounds Familiar. 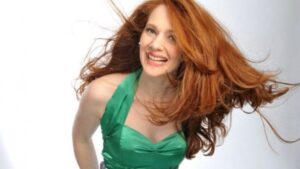 Diane Spencer is an award-winning UK based comedian, who has long been delighting audiences with her cheeky, dark and delightfully filthy humour. With 36K subscribers on YouTube and over 6 million views, Diane’s hilarious comedy appeals to people worldwide.
Diane is a regular panellist on GB News comedy press preview show “Headliners” and their topical comedy panel show “Ministry of Offence”.

“Diane Spencer seems incapable of producing a show that is not worthy of the high praise she gains. Her honesty and unflinching sincerity makes you laugh harder than you could imagine and once she has you there really is no hope of her letting up.” (The New Current)
“Half-horrifying, half-fascinating, all hilarious” (The Skinny)

>
Benji Waterstones is an NHS junior doctor, psychiatrist and comedian. Besides his (award-winning) stand-up he sometimes tells sad stories without punchlines when hosting ‘The Moth’ storytelling night in London. He also writes to raise mental health awareness in places like The Guardian, The Independent, GQ and Chortle.
His first book ‘You Don’t Have To Be Mad To Work Here’ is being published by Vintage in Spring 2023 and adapted for television by House Productions. His show, based on the book, will be at this year’s Edinburgh Fringe.
Benji has won the Frog and Bucket World Series, and been a finalist in both So You Think You’re Funny? and the Leicester Square New Act of the Year. He has been shortlisted for the BBC New Comedy Award twice.