Thursday 9th June
Show starts promptly at 8pm.
Read about the acts here, or scroll down for clips:
BOB MILLS 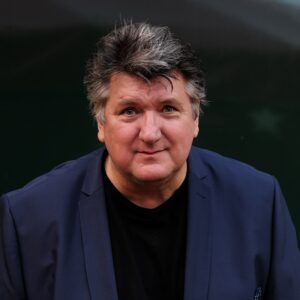 Bob Mills burst on to the London Comedy scene in 1985. His performances as host of ITV’s flagship daytime game show ‘Win Lose Or Draw’, treading the fine line between pensioners’ favourite and students’ cult hero, and his weird and wonderful late night ‘In Bed With MeDinner’, are still remembered fondly wherever intelligent TV fans meet. Bob is also a regular radio presenter.
FATIHA EL-GHORRI 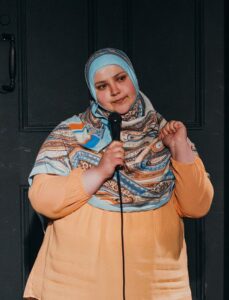 Underneath Fatiha’s colourful hijab is a mind full of cutting observations and engaging witticisms on the life and times of a British Muslim woman. She tackles tough subjects like Islamophobia and dating by sharing her own experiences which are funny, thought provoking and honest. Television appearances include: Comedy Central at The Edinburgh Fringe (Comedy Central) 2020, The Russell Howard Hour (Sky Max) 2021 and The Jonathan Ross Show (ITV) 2021. 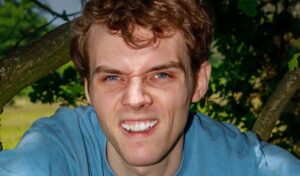 Tom Little is an award-winning comedian. He once won the Leicester Mercury Comedian of the Year. His 2018 Edinburgh show was nominated for the Amused Moose Comedy Award and he was also a BBC Radio New Comedy Award finalist.
‘The real deal. An instinctive comedian with oodles of charm and a quirky, frenetic intensity…. If he cuts his energy levels by 10% he could end up in movies.’ – The Spectator.
‘Inventive, unexpected and often very silly…. He surely can’t remain a hidden treasure for long.’ ****- Chortle.
‘Tom Little is defined by his restless, distracted energy and excellent joke-writing.’ – The Scotsman.

Tickets will not be posted. Your name will be added to the list on the door.